See the picture above? That is how I look like, on the streets of Auckland, when I have forgotten my reading glasses AND I am using a Fujifilm X-E3 mounted on a the Zhiyun Crane M for the first time! No problem, I am armed with overconfidence and a screwdriver, I am totally sorted! (a favourite Doctor Who quote).

You have watched Dual Vision, right? And you read Charlene’s first Making Of blog post (if not, do it now!). So here is the other half of Roaming Frame, Kramer’ing through the door to add a few tales from the production. It was going to be all about the sound design, recording and mixing but since that will be a narrated video it will have to wait till I beat the dreaded man-flu. This post will instead be somewhat random but mostly about:

Can you wear too many hats?

We wrote, planned, produced, directed, filmed, edited, graded and starred in this movie. And we did every other role you can think of including line-producer, runner, gaffer, make-up and catering. Oh, and of course we are also a couple, so everything spills over from professional to personal life. I am here to tell you if you are thinking of wearing this many hats, do have a really big head at the ready!

All those hats can be a challenge. Normally, in our movie productions the roles are clearly defined. Charlene is a filmmaker through and through and does the major jobs of storyboarding, directing, filming and editing. I like audio, so I do everything with sound, design, recording, mixing, a bit of extra filming maybe and I am also the all-round assistant, coffee-and-tea-maker and line-producer (I just like that word).

It is different in a movie that features both of us, we are naturally going to both have a lot of opinions about content, filming and editing. There are of course also practical problems such as filming scenes that feature both of us – thank the maker for a tripod and an empty beach. But I think, on top of this movie being somewhat disjointed by nature and somewhat difficult to pull together as a whole, what drove us mad the most was editing ourselves. Charlene has done this before, she came fresh off having edited her own Fujifilm X-E3 promotion movie. I had never been part of editing a movie featuring myself, and it is a really weird and off-putting process. If it was two other photographers in the movie, I think we would have had a much easier time.

Editing yourself is not fun! Here’s why: 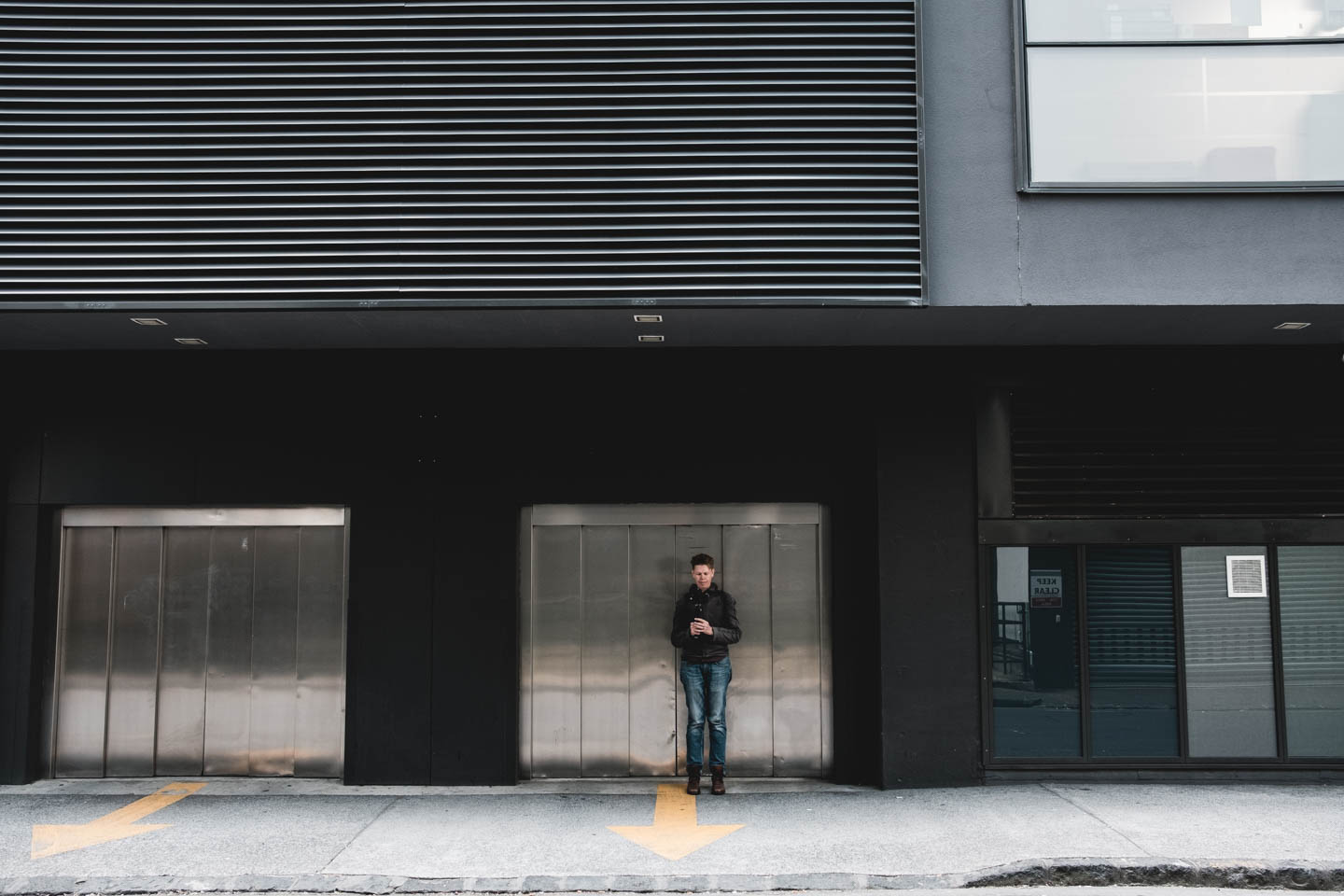 You know the movie, you know the scene I am filming. I love this shot, what could have absolutely happened was the doors opening up and me falling backwards into a car driving out. The footage of that would be hilarious – and very stable too, that Zhiyun gymbal rocks!

Tell us how you really feel

For me, the hardest part about movie production is that, especially with this one, I always have several scenes completely mapped out in totally unrealistic style in my head. And nothing in a movie ever ends up looking like imagined (maybe if you have a Spielberg budget). Once you start filming, you gotta roll with it, it will not look like what you imagined because 1) You don’t have Spielberg’s budget and 2) You are not Spielberg. That is probably my largest problem in life, reality is quite often somewhat lacking in appearance compared to what I imagine it to be – but that’s for another loooong post.

Examples: The whole Good, Bad and the Ugly intro in this movie was very carefully scripted and actually turned out somewhat like I imagined it – despite gale force winds on the beach. Charlene did a fine job filming inside the Zouk nightclub (thanks Zouk for the support). I did an incredibly average job of filming on the streets of Auckland and for some brain-meltdown reason this part was not planned much and I probably should have practiced with the gear first, not relying on overconfidence and a screwdriver. I hate planning but it has it’s uses at times.

In the end, I am really proud of this movie. Maybe more than anything we have done. Less about the result, more about the process. I am really thrilled with how the movie has been received around the world, but honestly I personally think the movie works fine but there are things such as the soundtrack and the footage I filmed that could be a lot better. But we were ambitious, we did something different to the norm, something that was much more difficult than had we done a conventional photography documentary. We wore a truckload of hats and it drove us towards crazy (really, we were there already) but we managed to put a movie together and it was released to the world to a great reception. Most importantly, we learned a lot from it.

Overconfidence and a screwdriver works…sometimes…for me, anyway. Don’t try this at home people and I do think if we ever both star in a movie again, someone else can make the movie! 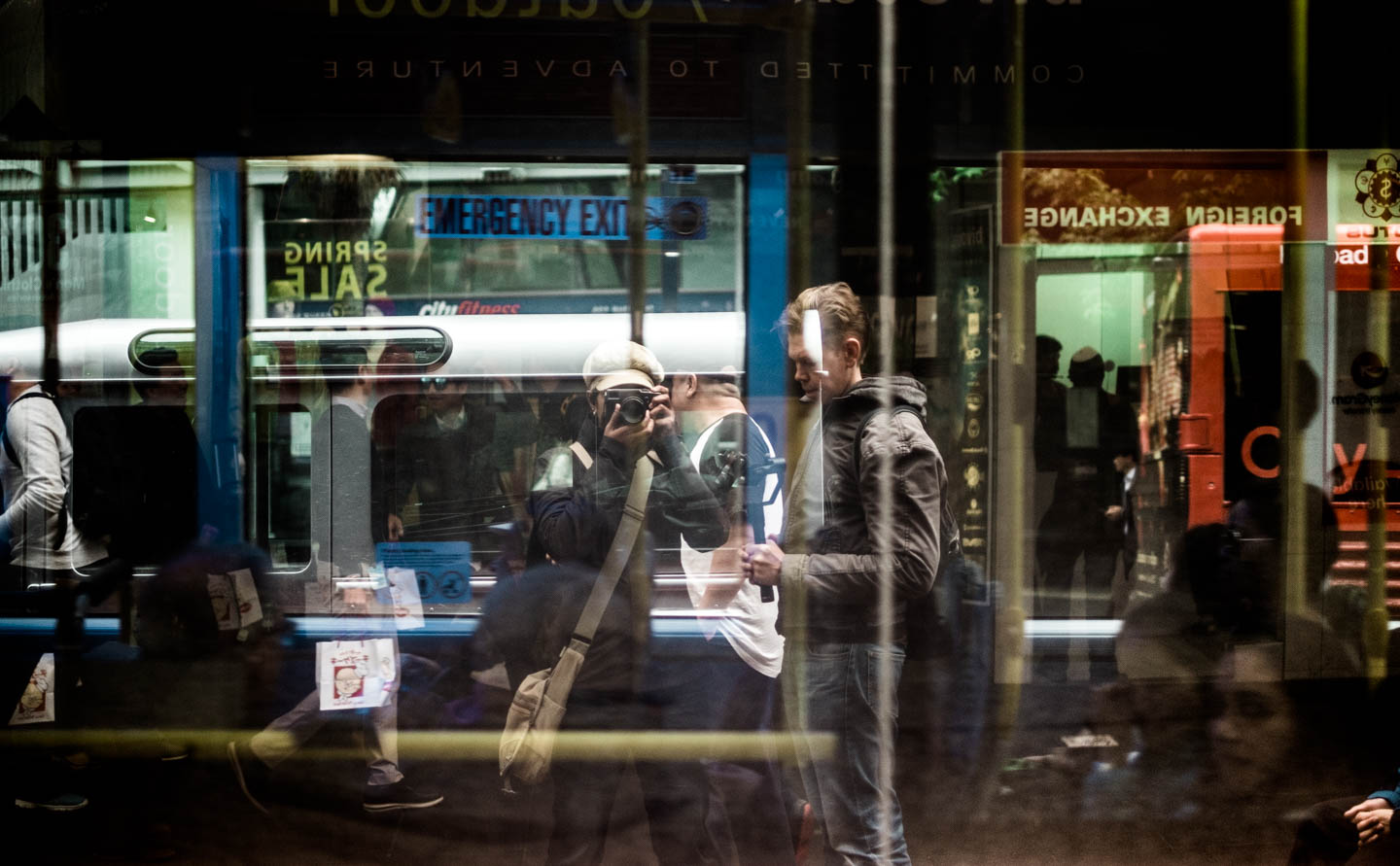 Charlene making a nice reflection photo of Roaming Frame at work while I am looking at the X-E3 and clearly thinking “yeah that looks totally in focus, who needs glasses!”